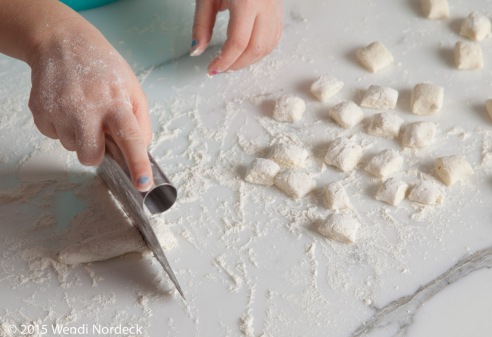 Sometimes it seems like kids have just two modes of operation: vegging out with a screen in their face, or laying waste to your nice, clean house. 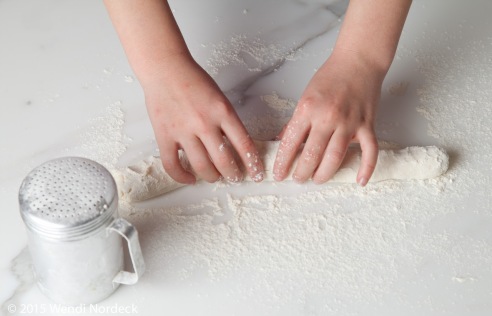 Not good. So we try to find projects that can keep their minds engaged and their hands happily busy. But instead of handing them a messy arts-and-crafts kit we’ll regret later as we’re scraping glue off the table, we’ve come up with projects that will make our lives easier instead of harder. Because if they’re going to make a mess, it better be worth it. 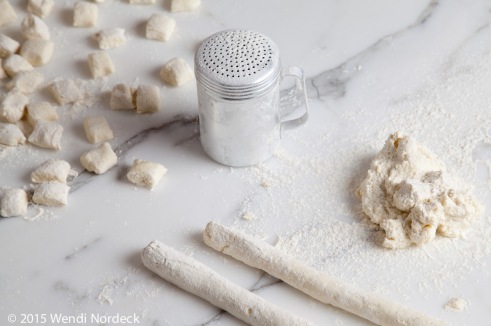 That’s why the best kid projects take place in the kitchen. Hands-on recipes that require lots of assembly might be time-consuming deal-breakers for you, but they’re perfect for kids. Think filled stuff such as tortellinis, pierogis, potstickers, or spanakopita (like this feature we recently produced for New Season’s Market). Make the components, give the kids a demo on assembly, then turn them loose to fill your freezer. 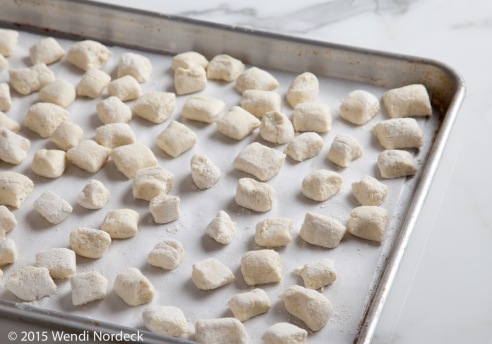 This recipe for ricotta dumplings, or gnudi, is a perfect starter project. It’s as simple as rolling out Play-Doh, which means even little kids can handle it. If you haven’t heard of gnudi, they’re like little soft, cheesy pillows perfect for pairing with a simple pasta sauce: tomato, bolognese, pesto, brown butter, even broth. 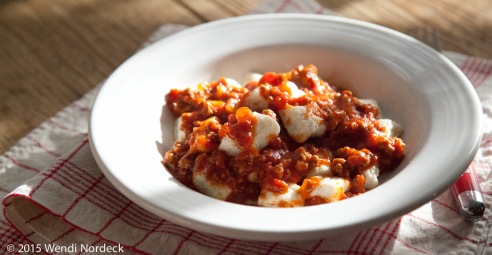 In Italian, “gnudi” roughly translates to “nude” because the dumplings are like “naked” raviolis – just the filling, no pasta wrapper. They’re similar to gnocchi but more tender, easier to make, and freeze beautifully. And when you’re pulling these out of the freezer for a quick dinner instead of pulling dried Play-Doh out of the carpet, you’ll actually be grateful your kids have so much energy. 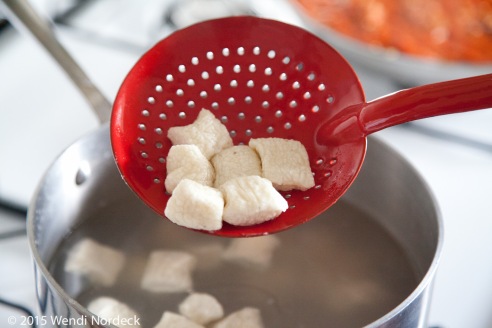 This is a simple, basic version of gnudi, with a healthy dose of black pepper and pecorino romano for earthiness. They’re a blank canvas for whatever fresh herbs or flavorings you want to add. Chopped fresh rosemary or sage, lemon zest, cooked spinach are all great options. Serve them with a simple tomato sauce, in a bowl with broth, or bathed in sage-infused browned butter.

In a medium mixing bowl, beat the egg well. Add the ricotta, parmesan, salt and pepper; mix until combined. Gradually add the all-purpose flour, folding it into the mixture, until soft dough forms. It’ll be sticky, but not so wet that you can’t roll it into a rope. Add more flour if it feels too sticky to roll.

Line a rimmed baking sheet with parchment paper. On a lightly floured work surface, gently roll one handful of dough into a rope 1/2-inch thick. With a bench scraper or knife, cut the rope into 1-inch pieces.

Place the gnudi on the prepared baking sheet so that they are not touching. If not serving right away, freeze until firm, then pack into airtight bags or containers.

To cook: Bring a pot of salted water to a boil. Cook the dumplings (in batches if necessary, so they’re not too crowded in the pot) until they float to the surface, then cook a few minutes longer (about 5 minutes total). They should be tender but not gummy. Serve tossed with a simple pasta sauce or floating in soup.