Portland’s chefs and food artisans have earned heaps of accolades over the past 10 years, and they deserve every one. But as fabulous as our food and drink scene is, sometimes it makes me a little cranky. Sometimes it feels like there’s a lot of riffing, but not enough innovation.

This is partly because I feel like our food scene is masculine, if not borderline macho. If you want to sit among exposed beams and reclaimed wood eating fat, drippy burgers, salumi pizzas, mile-high sandwiches or a bacon-topped anything, we’ve got you covered – and then some. I love all of these things, mind you. But sometimes I crave a little more diversity in my dining options.

The antidote has come in the form of a rather feminine restaurant with a masculine name. Maurice is pastry chef Kristen Murray’s “pastry luncheonette,” a bright, airy ode to simple beauty that opened this past winter.

Kristen has worked in some of the best kitchens in New York and Boston (Gramercy Tavern, Aquavit, No.9). And she gained celebrity status here at Lucier and Paley’s Place for her sophisticated, multi-component, architecturally plated desserts. In a town where dessert menus lean toward comforting and familiar dishes like fruit crisps and panna cottas, she gave us dessert as art.

At Maurice, she’s dialed things back a bit, making the options just as refined, but more accessible (it is a café, after all). Simple fare like light and luscious lemon pudding cake and delicate fruit tarts appear alongside more complex options, including a vacherin with celery leaf sorbet, rhubarb compote and meringue “sails.” 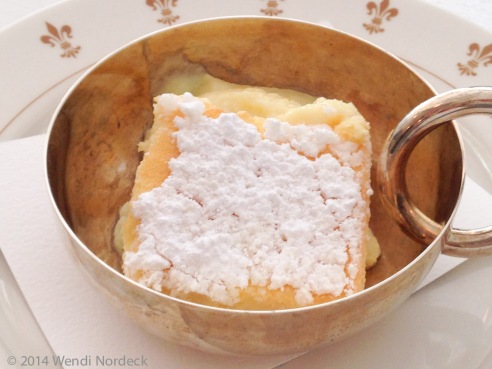 Joining the desserts are elegant little savories like flaky Moroccan bisteeya redolent of cinnamon, and soft, supple polenta clafouti that tastes like a creamy parmesan cloud.

Her food is elegant without being fussed over with tweezers and syringes. The flavors are surprising without relying on bacon grease and fish sauce. And her portions are European in size (i.e. appropriate, not massive), so you leave feeling good, not urpy. 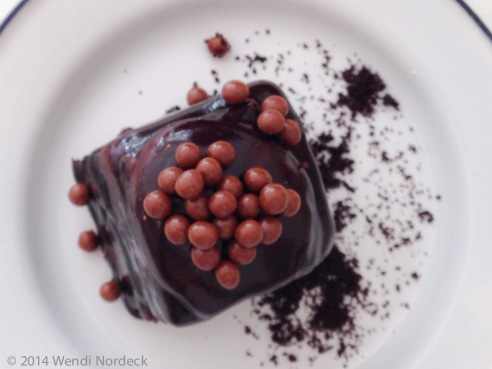 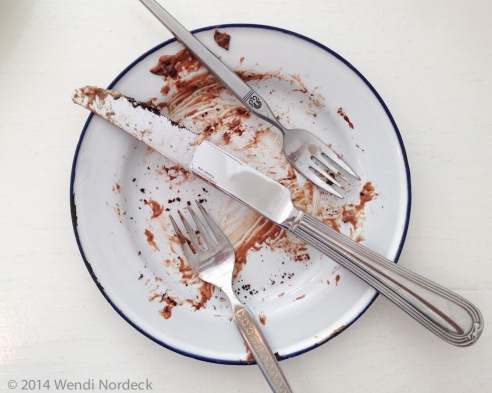 Pastry chefs are a particular breed, they’re artists with a penchant for the meticulous. So it’s not really a surprise to find that Kristen has made sure every single detail at Maurice delights, from the tiny teaspoons right down to the rabbit-head coat hooks next to each booth (Maurice is named after her pet bunny).

Like the desserts Kristen is known for, Maurice is a game-changer. And I can honestly say there is nothing like it in Portland – finally.