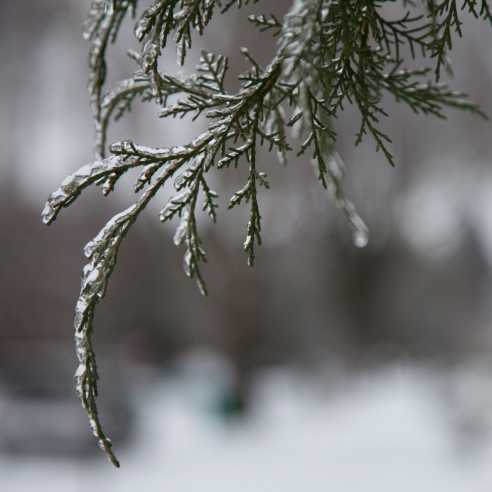 While states to our east see snow as something to endure, in Portland, snow is nothing short of a gift. The brilliant white is a welcome break from the endless series of gun-metal gray days. And after months of soggy rain, it’s so much more fun when the water from the sky comes in moldable, stomp-able, sled-able form.

It helps that the snow comes around just about once a year — if we’re lucky. That means it never loses its novelty, and the snow-plow-less, ill-equipped city simply shuts down, giving everyone an excuse to stay home and play. 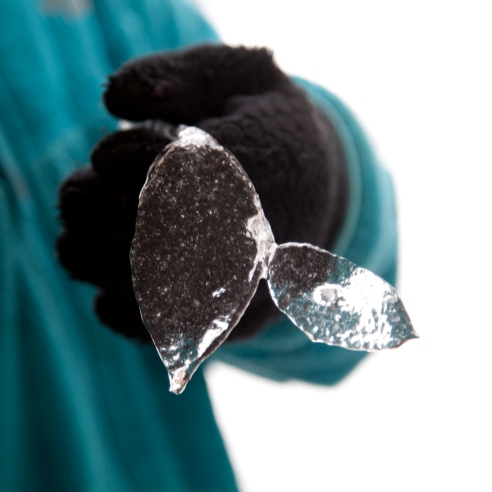 The past couple of years we’ve gotten merely a dusting. Not even enough to build a decent snowman. But a recent bout of arctic weather dumped more than 8 inches of snow on Portland, giving kids a five-day weekend and plenty of powder to play with. 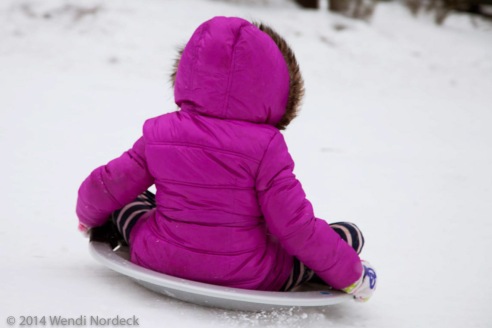 We hauled out our plastic sleds and headed for the hill a few blocks away. Everyone was there, turning the steepest streets into sled runs. You almost expected a tow rope. Kids were lining up at the top, pizzas were being delivered. Someone was even grilling brats. Down below in the flats, cross-country skiers swished down the middle of the street while dogs and kids ran rampant. The snow had turned the entire neighborhood into a ski resort.

When it was time to take a break and warm up, we all came in for hot chocolate. While chile-spiked, extra-dark, and otherwise grown-up hot chocolates have their place, when you’ve got a house full of kids, you need to serve something that goes down sweet and easy.

Unless you’re somewhere — say, camping — where you don’t have milk, there’s really no point to store-bought mixes. They’re never as good as homemade, full of artificial junk, and they don’t even save you any time. It’s just so easy to mix up a batch of rich hot chocolate using quality cocoa powder, cane sugar and real vanilla beans.Honestly, it takes mere minutes to make a supply that will last months.

When you make the mix yourself, you have the freedom to customize it. Add cinnamon or other spices, crushed candy canes, or finely chopped white, milk or dark chocolate. 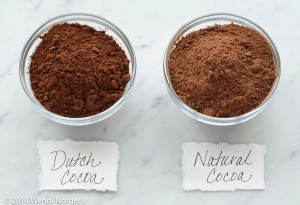 Even the cocoa powder is up to you. Natural cocoa powder, like Hershey’s, will result in a bright chocolate flavor because it hasn’t been alkalized. Dutched cocoa has been processed to neutralize its natural acidity, so it looks darker and it also tastes deeper and smoother. It’s like the difference between fudge and a chocolate bar. Both are great, but I prefer the smooth depth of Dutched for hot cocoa. And I like to deepen the fudgy flavor by using brown sugar as well as granulated. The molasses notes enhance the chocolate, making it seem more chocolate-y without being intense.

Stored in a quart-size canning jar, the mix keeps forever, so you’ll always be ready when the snow comes to play.

Vanilla rounds out chocolate’s edges, making it a must for well-balanced hot cocoa. Since adding liquid vanilla extract to dry cocoa mix isn’t ideal, and no one wants to have to remember to add it when serving, blend the sugar with the seeds from a vanilla bean. Then you can tuck the vanilla bean pod into the mix where it can keep perfuming the cocoa between uses.

Optional: 2-3 teaspoons cinnamon (or add 1/8 teaspoon per cup when serving)

In a food processor, combine the granulated sugar and brown sugar. Split the vanilla bean lengthwise and scrape out the seeds with the back of a knife. Add the seeds to the sugar and pulse until evenly distributed. Add the cocoa, salt and cinnamon, if using. Pulse to combine.

Transfer mixture, along with the vanilla bean pod, to a quart-size canning jar with a lid, or other quart-sized airtight container. Store in a cool, dry place.

To serve: Place 2 to 3 tablespoons cocoa mix in the bottom of a mug. Add 1 cup hot milk and stir until well mixed. (If you didn’t use cinnamon in the mix and want to add it now, start with 1/8 teaspoon.) Top with a marshmallow or whipped cream and sprinkles, and serve.