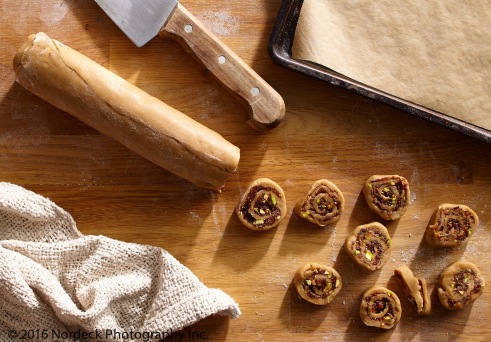 When I was a baking-obsessed teen, the holiday cookie recipes I yearned to make were the ones that promised thrills and surprises. I had little interest in the old classics from the Betty Crocker Cooky Book. Classics were boring.

But classics were exactly what my grandma yearned to make, even though she was usually a culinary thrill-seeker herself. The problem was she couldn’t. Not anymore. She had been an incredible baker, able to whip out a pie in no time, and create gorgeously elaborate cakes. (In fact, one year my brother’s birthday cake was fashioned into a wheelbarrow filled with candy. Seriously. A cake filled with candy. She was our hero.) But by the time I hit middle school she was so crippled by rheumatoid arthritis that she could barely hold a fork. To her deep sadness, and ours, her baking days were over.

So I became her proxy. Every year, she’d sit with me in her kitchen and I’d make her favorite holiday cookies for her. Then we’d pack them up so she could give them away to friends and her hair dresser at the beauty parlor. We’d fill her goose-shaped cookie jar, and make sure to freeze some so my grandpa could pull them out when people stopped by to say hi during the holidays. Sharing homemade holiday cookies was a deeply important tradition for her, and I was happy to help her carry it on. 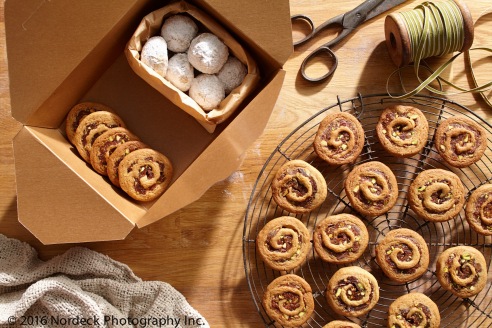 The lineup changed a bit from year to year: Russian Tea Cakes, Thumbprints, sometimes Chocolate Crinkles. Spritz were usually on the list. She loved butter cookies like spritz. When her cookie press broke mid-batch one year, my grandpa dropped everything, went into his shop, and created a replacement part out of metal. He knew how important those cookies were to her. And now that cookie press will never, ever break.

But the one cookie that was always on the list, no matter what, were Date Nut Swirls. 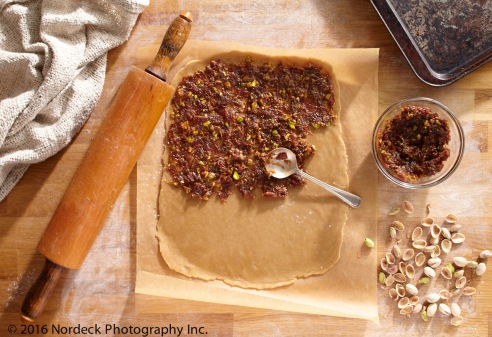 I’m going to come clean here and say that, at the time, I loathed making these cookies, though I never said anything to my grandma. They were her favorite, after all. But this was the 80s, I was young, and dates seemed… ew. They looked kind of like, well, I won’t say what they looked like. But that wasn’t all. The super-tricky dough was so hard to roll out without sticking and tearing. Plus, there was all this chilling involved, so no promise of instant gratification. Every year I secretly wished she’d forget them, and then I’d walk into the kitchen and see the dates on the counter waiting for me. Sigh.

Of course, I feel quite differently now.

My grandma has been gone for 16 years. My grandpa for almost three. Their kitchen, where I spent so much time learning to cook, is now someone else’s kitchen. I can never go back. But what I can do is make Date Swirl cookies.

Every time I make them I’m back in her kitchen again. I can hear her voice saying “a little thinner,” when I roll out the dough. I flash back to the expression on her face as I struggled with its stickiness, a mixture of amusement and pity. I’d be just on the verge of whining when I’d see a sharp look in her eye that said “God, I wish I could just do it myself.”

She taught me a lot during those baking sessions, especially the tricky ones. While teaching me how to roll out dough evenly, she also taught me patience and perseverance, and how not to take anything for granted, not even making cookies.

So I make Date Swirl cookies to remember her, but I also make them because they’re just so damn delicious — the crispiness of the brown sugar cookies juxtaposed with the swirl of chewy sweet dates is so addictive. I can now appreciate why they were her favorite.

And because I’m still something of a culinary thrill-seeker, I’ve taken some liberties, giving them a Moroccan slant with orange, cinnamon and coriander, and swapping out the walnuts for pistachios.

I think she would approve. 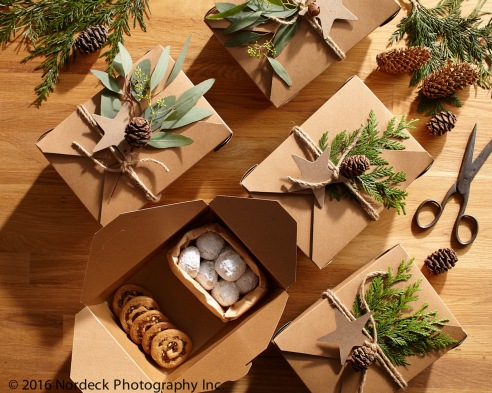 This recipe is a spinoff off the Date-Nut Pinwheels from the Betty Crocker Cooky Book, a treasury of classic cookie recipes. The originals were my grandma’s favorite, but I think she’d love the addition of orange and spices in this version, which offers a bit more complexity to keep things interesting.

To make the dough: In the bowl of a stand mixer, cream the butter and sugar until light and fluffy. Add the egg and vanilla and beat until fully combined.

In a small bowl mix together the flour, baking soda and salt. Add to the butter mixture in the bowl, mixing just until combined.

Scrape the dough out onto a sheet of plastic wrap. Form into a disc and refrigerate for at least 1 hour.

To make the filling: In a saucepan, combine the dates, brown sugar, orange zest, orange juice, water, coriander, cinnamon, ginger and salt. Set over medium-low heat and cook, stirring, until the dates have melted and the mixture forms a thick paste (add a little more water or orange juice, if necessary, if the mixture seems too thick). Remove from heat and stir in the orange blossom water (if using) and pistachios. Allow to cool to warm room temperature before using.

To assemble: Cut the chilled dough in half. Roll out each half of the dough on a piece of floured parchment paper, flouring the parchment and rolling pin frequently to keep the dough from sticking, to form a rectangle about 8-inches wide and 12-inches long. (It’s very sticky dough. Just take it slow.)

Divide the filling in half and dot evenly over each sheet of dough, then use the back of a spoon to carefully spread it in an even layer. (It’s not easy to spread, so try to cover the entire surface with little 1/2 teaspoons of filling, then use the spoon to smoosh them together.) Transfer to baking sheets and chill in the refrigerator for 30 minutes, or freeze for about 10, just to firm it up and make it easier to roll up without sticking to the parchment.

Starting on the long side, roll each dough into a tight log. Wrap in plastic and chill again while you preheat the oven. (Can be made up to this point several days ahead and refrigerated.)

Preheat oven to 400 degrees. Slice the logs into 1/4-inch-thick slices. Arrange the slices on parchment-lined baking sheets. Bake for about 10 minutes, or until lightly browned.